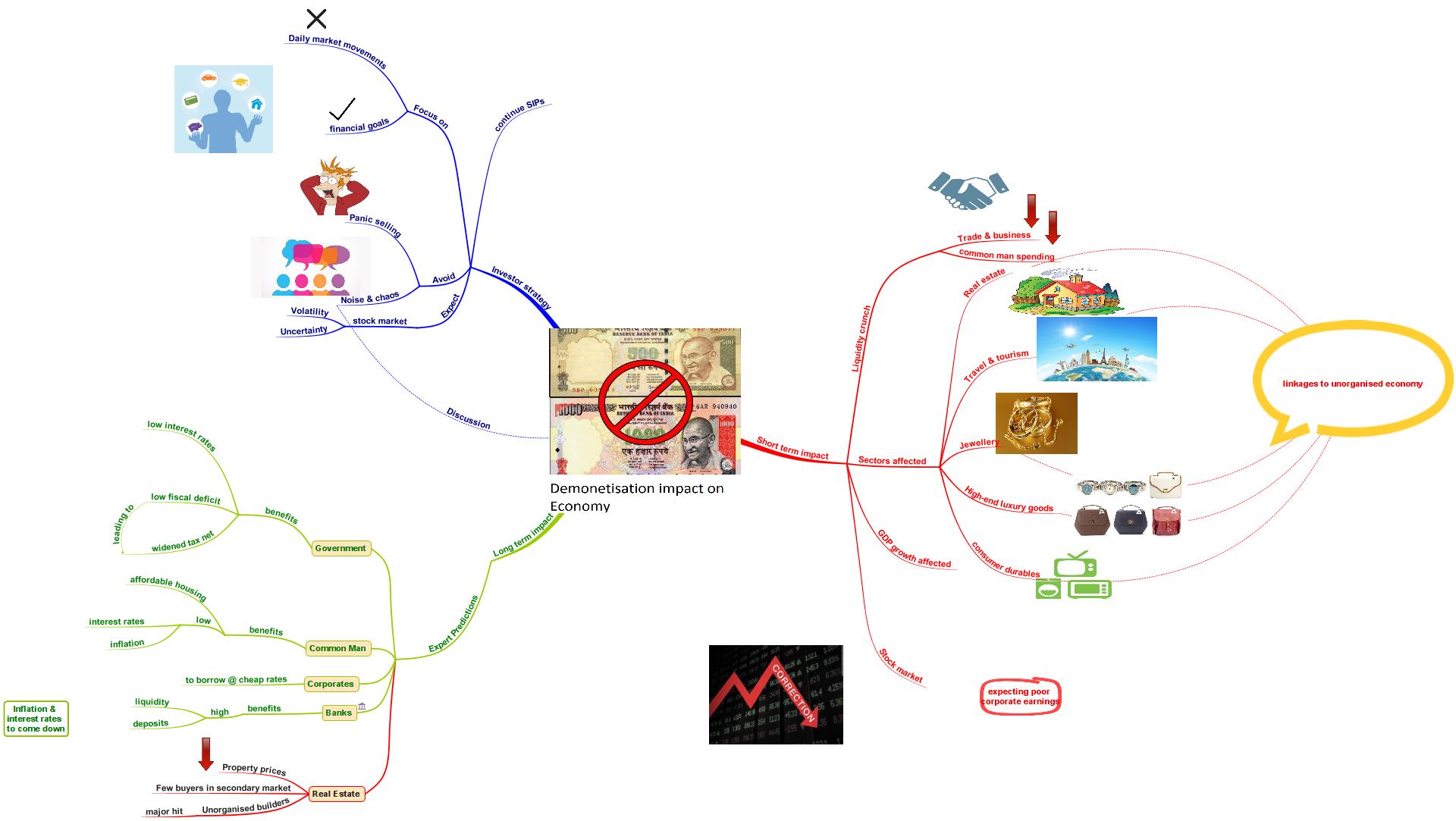 The demonetisation move is one of the most significant reform measures India has witnessed since the 1990s. The immediate short term impact is obvious for everyone to see – the current liquidity situation being badly disrupted. The common man is spending less due to liquidity crunch which in turn has also affected consumption oriented businesses, especially the traditional small scale retail market.

Sectors with linkages to the unorganised economy where HNIs spend their undeclared income have been largely affected due to the demonetisation move. These include real estate, luxury, travel, jewellery, consumer durables, etc. The real estate sector has been the most hit with unorganised builders bearing the major brunt.

According to experts, the audacious move to weed out black money is expected to have widespread economic ramifications in the long run. These are the possible consequences predicted:

What happens to your investments post demonetisation? The excess liquidity in the system presents a buying opportunity in debt fund category for the medium term. Economists are betting on low inflation and low interest rates which has strengthened the case to invest in bond markets.

Stock markets have reacted negatively in the last week since the big announcement made by the Prime Minister. The victory of controversial US President Donald Trump also added to the woes of jittery investors. With liquidity drying up and trade & business taking a hit, research analysts estimate GDP growth and corporate earnings to be affected over the next 2 quarters. The stock markets are already discounting the likely abysmal performance of Corporate India. Additionally, there is an air of uncertainty even now as to how things will pan out after liquidity situation turns normal. How much of the demonetisation move will positively impact the economy and how long will the benefits take to trickle down is anybody’s guess.

With an air of uncertainty and speculation, expect occasional bouts of volatility in the market. A word of caution. Stay away from all the noise and chaos associated with demonetisation discussions. As Warren Buffet states – “Volatility is a friend of the long term investor”! There could be more pain left for the stock markets, so do not press the SELL button in panic. Use this opportunity to make sound investment decisions. Stagger your investments and buy on dips rather than investing lump sum. Remember, your investment strategy should be based on your financial goals rather than on daily movements of the market.